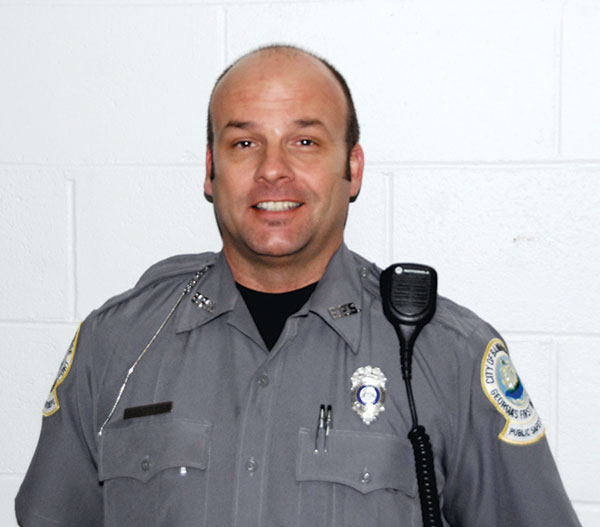 Two Bainbridge Public Safety officers were recognized as the City of Bainbridge’s employees of the quarter at Tuesday evening’s city council meeting.

Cpl. Brian Boyett and Officer Shannon Dunaway were nominated for the honor due to their work in helping an elderly fire victim on March 8.

BPS had received a call to 1211 Garland Avenue for an unknown medical problem. Cpl. Boyett arrived, opened the unlocked front door and saw a heavy layer of black smoke inside the house. Several minutes later, as Boyett and Dunaway went through the house, they found a 104-year-old woman sitting in a chair, who was not initially visible because of all the smoke.

While Boyett went into the kitchen to see about a stove fire, Dunaway and two neighbors helped the lady get out of the house safely.

Boyett, a Bainbridge native, has been with BPS since 2003.

Dunaway, a native of Donalsonville who now lives here, joined BPS in October 2010. He has been a policeman since 2003 and has previously worked with Decatur County Fire and Rescue.