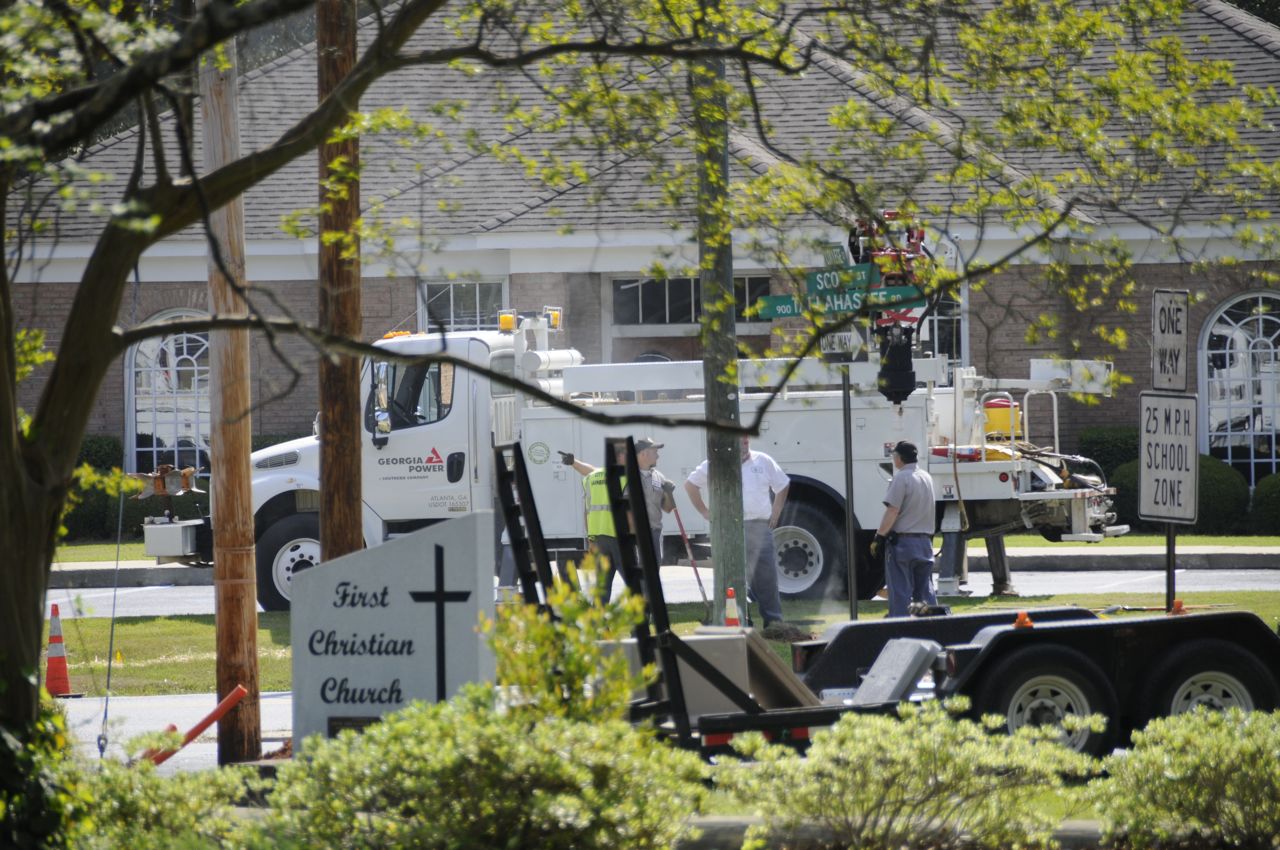 Bainbridge Public Safety evacuated businesses around the Five Points area Wednesday morning due to a gas leak. A Georgia Power crew was digging in the right-of-way next to Family Bank and accidentally struck a city gas line. BPS officers set up detours around the area while city gas workers tended to the leak. The intersection re-opened to vehicle traffic at about 12:30 p.m.

The City of Bainbridge released the following information about the leak:

The City of Bainbridge worked diligently to fix a gas leak on the Southeast corner of Scott Street and College Street, in front of Family Bank. Earlier today, Georgia Power was digging a hole to place a new power pole at the intersection when their auger hit a two-inch plastic line.

There were no injuries in the accident, but Bainbridge Public Safety evacuated the nearby building and shut down the intersection as a safety precaution. The City’s Gas Department clamped the leaking line before shutting off gas flow to replace the busted line.

Natural gas is a safe gas, which is lighter than air. Because it is so light, when a leak develops, the gas rises and disperses through the atmosphere giving little chance for ignition. 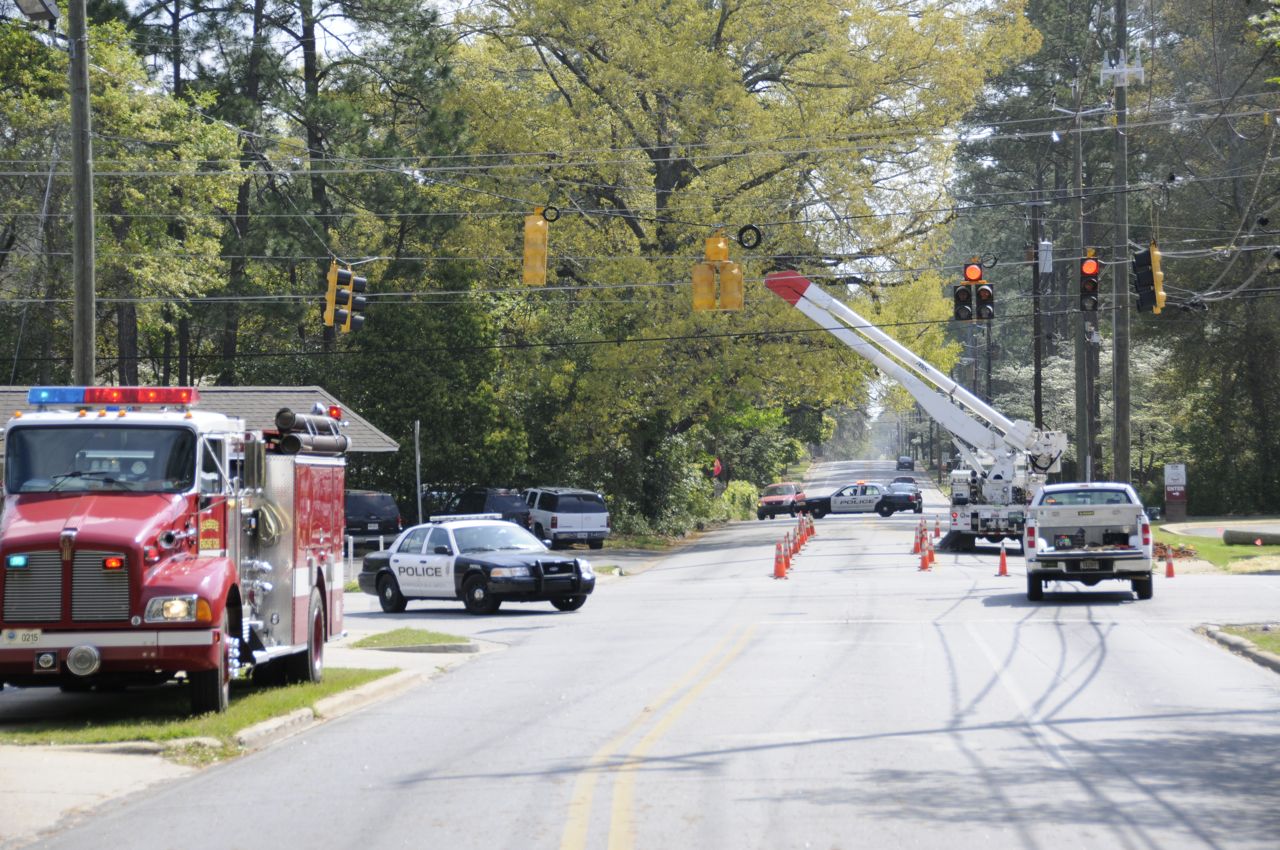