Public Works Superintendent Tommy King will remain in charge of the city’s street and building maintenance departments. However, Al Kelley—who had been director of the Leisure Services Division—will take over supervision of the city’s trash collection and vehicle shop departments, duties formerly handled by King.

None of the personnel moves, which are intended to be temporary, are disciplinary in nature, Hobby said Tuesday. 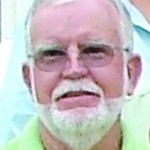 King told the Bainbridge City Council at its annual retreat last Friday that working on special projects, like the mega-ramps and the third phase of the Bill Reynolds Sports Park, had prevented him from doing any street paving in recent months.

Hobby, noting King’s time restraints, said he wanted to put more focus on sanitation and the shop. Having Kelley supervise those departments would give them “a little more oversight than [King] is able to right now,” Hobby said.

“I anticipate that we’re going to get everything moving smoothly again and then we’ll move people back into their old roles,” Hobby said. 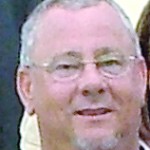 King told the council that in his view, a shortage of employees had led to problems with the city’s pickup of trash and yard debris.

Hobby agreed that while the city’s decision to move to once-a-week residential pickup in 2008 had worked well for a while, the quality of services has been “slipping.” At least one citizen had complained to the council recently about delays in yard debris pickup.

Another step that’s being taken is the installation of GPS antennas on the city’s six garbage trucks to allow managers to track their movement.

“[The GPS] will help us spot problem areas or discover any employee issues there may be and better respond to them,” Hobby said.

King also cited problems with some of the equipment used by the street and sanitation departments.

Hobby said equipment maintenance will also be a renewed focus.