In the image business now 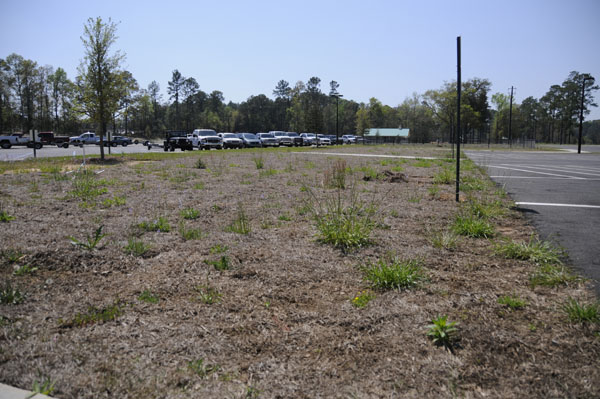 With the completion of the mega ramps at the Earle May Boat Basin and the completion in the very near future of the new baseball/softball fields at Bill Reynolds Park, the City of Bainbridge is entering the image business.

In addition to providing great recreation opportunities and leisure activities for our community, the stated purpose of these two projects was to generate tax revenue by increasing tourism. We hope to attract more bass tournaments, water sport enthusiasts, youth baseball tournaments and youth softball tournaments. We were told both of these projects would be revenue generators. And at a combined cost of almost $4 million, these projects needed to generate the much-needed sales tax revenue.

The mega-ramps were completed and the ribbon cut last October, just before three consecutive weeks of top-notch bass tournaments were held in Bainbridge. It was an exciting event when former Gov. Sonny Perdue cut the ribbon and the first boat was launched into the Flint River. The city did a fabulous job building the ramps, rerouting the roads around the boat basin, and securing a majority of the funding for the project from the State of Georgia.

However, the same fabulous job has not been done maintaining the areas around the mega ramps and parking lots. Riding through the area over the last several days was really disheartening. Knee-high weeds abound and are much greener than the grass, which appears to be dead. There is an awful drainage problem that needs to be addressed quickly or the labor and money required to fix the affected areas will exceed the labor and money required to originally build.

There are parts of the chain-link fence around a retention pond that don’t touch the ground, as the dirt at the bottom of the fence has been washed away.

All in all, a wonderful facility that the entire community is extremely proud of and glad to have looks terrible. And the appearance is terrible at the worst possible time.

Over the weekend, I would guess there were three dozen or more trucks and trailers parked in the lot in front of the new ramps. Chances are that most of those people using the ramps were using them for the first time because the weather has only recently been nice enough to get a boat, either for fishing or pleasure, on the water.

Those people couldn’t help but notice the disheveled, dead grass, washed out areas next to the roads and weeds growing everywhere. Remember, we have now entered the image business; we want those boaters from out of town to return and leave behind tax dollars. But we didn’t portray a very enticing image.

I recently took a tour of the eight new baseball/softball fields and complex known as Phase Three at Bill Reynolds Park. I walked away extremely impressed.

From the bathrooms, to the concession stands, to the press boxes, to the covered seating for fans, this facility is first-class from the word go. I can’t wait until my 5-year-old son and his T-ball teammates play their first game there this spring.

But, this $3 million taxpayer-funded top-notch facility sits directly across the road from the Waste Water Treatment Plant and the Humane Society shelter. Those buildings, considering that part of the purpose of building those fields was to generate revenue, detract from the image, and the pleasant experience of those coming to Bainbridge to use the fields.

Please don’t misunderstand; I am a huge supporter of the Humane Society. My family has adopted two kittens from the Humane Society and we support them in every issue of this newspaper, but those buildings are not very attractive. The Humane Society shelter needs to be moved to a more suitable location, not across from a facility that will, hopefully, attract baseball and softball teams from out of town and, in the process, generate tax dollars.

I have discussed this situation with Bainbridge City Manager Chris Hobby, Bainbridge Mayor Edward Reynolds and Decatur County Administrator Tom Patton. No one seems to have an answer. According to Patton, there is $150,000 left from SPLOST IV funds for construction of a new animal shelter, but that’s not enough to build a suitable building.

Maybe the city leaders and county leaders can come together and create a win-win outcome for everyone. The Humane Shelter would get a much-needed new facility in a better location and the new fields would be able to attract more tax-generating tournaments.

The good part of all this is that these distractions at both the boat basin and the ball fields are correctable. Plant new sod, fix the drainage problems, maintain the landscaping, and relocate the Humane Society shelter.

Will it be easy?

No, but these facilities deserve nothing less.