A large part of the original seed money came from The Thomas M. and Irene B. Kirbo Foundation, according to Charles Bowles, who has been president of the Decatur County Schools Foundation since 2006. He adds that additional money has also come through matching funds. 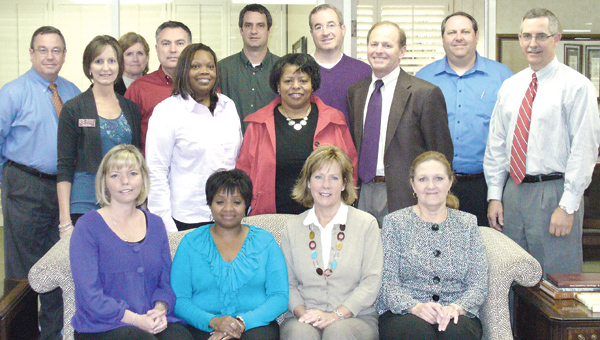 The money awarded comes from interest earned on the investments made by individuals, civic groups and businesses. Teachers also have the option to contribute through payroll deductions.

On average, about $15,000 annually is dispersed to successful grant applicants, basically classroom teachers who write grants to fund projects not otherwise funded by regular school funds, tax dollars, or fund-raising activities. No funds from the foundation are to go to support any athletic activity, but are totally reserved for worthwhile academic and cultural activities.

The amount granted to each applicant ranges from $200 to $2,000 per grant. Each grant must be approved by the executive committee of the foundation. In all, more than $160,959 has been awarded since the inception of the foundation in 1998.

Elcan-King Elementary School students have taken class field trips to the Challenger Learning Center and the Museum of Natural History, both in Tallahassee, Fla. They also used the money to fund All Star Night, an academic recognition dinner, as well as pay for performing arts groups to come into the school and put on shows.

John Johnson Elementary School had the opportunity to go to the Muskogee PowWow 2009. This was a celebration of the Creek Indian tribe held in Whigham, Ga. This special trip was funded by a grant from the foundation. Hands-on demonstrations were given showing how the Creek Indians used tools and weapons to meet their needs. Many of those taking part in the powwow are descendants of the original Creek tribe that lived in this area and were dressed in authentic costumes.

Learning about the Native Americans that lived in Georgia is a Georgia Performance Standard for second grade.

Other examples of projects funded have been tours to Wakulla Springs, tickets to theater productions at nearby universities and communities, National Honor Society receptions, medals, plaques, pins and certificates given as awards for student excellence, expenses for regional winners in academic and vocational competitions, and expenses to attend educational seminars.