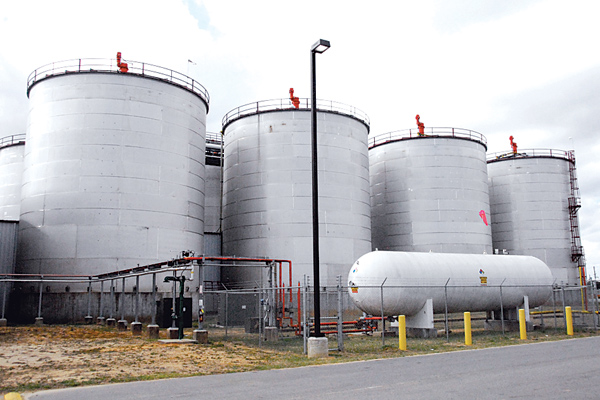 The announcement stresses that FUEL has not filed for bankruptcy protection, but will continue to manage its subsidiary, SWGE, as it attempts to reorganize under Chapter 11.

“We are using this Chapter 11 filing as a tool to reorganize and protect the value of our business for the long-term,” said Murray Campbell, chief executive officer of FUEL. “We appreciate the ongoing support we are receiving from our lender group and from our many trade partners with whom we will continue to do business.”

The company explains the filing is a result of “liquidity constraints rising from operational problems that, while largely resolved, impacted financial performance, the impending maturity of its working capital facility, and from a lack of sufficient working capital due to increasing input costs and decreasing prices as a function of the economy.”

During its Chapter 11, SWGE will continue to operate under court protection with FUEL’s employees while working out a plan of reorganization to restructure its debt and pay its creditors. SWGE expects that it will not scale back its purchases of inputs including corn. Under the Bankruptcy Code, suppliers will be paid in full for all goods and services furnished after the Chapter 11 filing.

The idea for the project is said to have originated with Marilyn Royal, executive director of the Mitchell County Development Authority in December 2004. From there First United Ethanol LLC was formed as the parent company for Southwest Georgia Ethanol LLC, a FUEL company.

FUEL received more than $75 million from its 850-plus investors with the majority of those living in Georgia and Florida.

SWGE began production of ethanol in October 2008 as the first 100-million-gallon-per-year ethanol plant located in the Southeast.

At first grind, SWGE had received 1.2 million bushels of corn via train and delivery of local corn grown in Georgia. At that time, FUEL Chairman Tommy Dollar commented that with the uncertainty of the nation’s economy and recent fuel shortages in the United States, the Southeast now more than ever needed to become more energy independent. He projected income from taxes from the sales of homegrown fuels could only help offset the current budget shortfalls the federal government and states were experiencing.

“As the first destination plant in the Southeast, we are pioneers who will pave the road for biofuels production in this region,” he said.

FUEL held a grand opening ceremony and site tour for its stockholders at its Mitchell County plant on Dec. 12, 2008. With more than 350 people in attendance, the company celebrated their achievement as the first 100-million-gallon-per-year ethanol plant in the entire Southeast to be in production.

According to the U.S. Department of Agriculture, the increased demand for grain used in ethanol production has reduced federal farm program costs by more than $6 billion.

Clean burning ethanol is blended into 70 percent of the nation’s gasoline, resulting in a reduction of America’s dependence on foreign oil by more than 400,000 barrels a day. Most of the automobiles today are purchasing gasoline blends of up to 10 percent ethanol to help the gas burn cleaner and meet federal environmental standards. E-85 blends can be used by vehicles with FlexFuel technology, and several local and regional stations have added E-85 pumps for commercial use, among them Sharber Oil Company and Southwest Georgia Oil.

In October 2010, U.S. Secretary of Agriculture Tom Vilsack, accompanied by U.S. Rep. Sanford Bishop, visited the Southwest Georgia facility to highlight how the agency’s work is benefiting rural communities. At that time, FUEL had an employment level of 62, and was shipping an average of 235 ethanol trucks per week within a 100-mile radius of the plant. An additional average of 325 trucks per week visit the plant to pick up dried distillers grains and wetcake, two byproducts of ethanol production, for delivery to farmers who use it for animal feed. In addition, FUEL captures some of the carbon dioxide that is emitted during ethanol production and sells it to AirGas, which has a facility next to the FUEL plant. AirGas has 14 full-time employees and ships an average of 17-23 trucks per day.