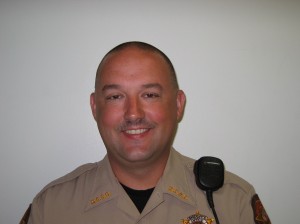 The cause of his death will be determined by an autopsy, Croley said.

A native of Mitchell County, Singleton was 38.

Singleton, who worked as a road deputy since 2002, was a sergeant under Capt. Brad Lambert.

“Everybody loved him,” Croley said Tuesday. “He was an outstanding deputy. He was fun to be around … everybody loved being around him.”

She added that Singleton was serious when he needed to be serious, and would be there when he was needed.

Ramsey Simmons, a volunteer deputy sheriff, said Tuesday that Singleton was one of his training officers about three years ago, and that Singleton knew what he was doing but was always friendly and willing to help.

“Without a doubt, he was the most considerate, big-heart guys in the Sheriff’s Department,” Simmons said. “He’s going to be missed.”

During Tuesday evening’s Bainbridge City Council meeting, Mayor Ed Reynolds led a moment of silence for Singleton and his family.

Late Tuesday afternoon, emergency responders were called to Singleton’s home in Climax. They performed CPR and tried to revive Singleton.

He was eventually taken to Memorial Hospital in Bainbridge, where deputies and numerous other local law enforcement gathered.

Singleton was married to Brittney Kennedy Singleton, a nurse who works at the hospital’s emergency room and also assisted the Sheriff’s Department with women’s defense classes. They have four children, ranging in ages 1 to 16 years old.