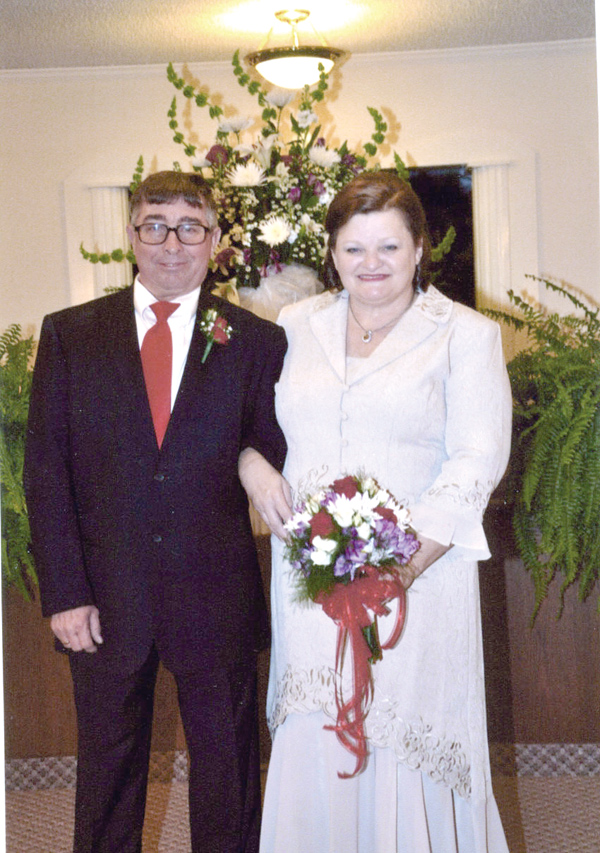 The bride was given in marriage by her brother, Ricky Speegle, of Preston, Ga., and was attended by Joy Cook, of Bainbridge, who served as Matron of Honor. Other attendants were Andrea Jordan of Jasper, Ga., daughter-in-law of the bride; Rachel Speegle, sister-in-law of the bride, of Preston, Ga., and Yvonne Gordon of Bainbridge.

The groom chose his brother, Ronald Hooks of Eufaula, Ala., as his best man. Groomsmen were Wesley Hooks of Bainbridge, a nephew of the groom; Brenton Jordan of Jasper and Shane Jordan of Americus, both sons of the bride.

Ring bearer was Hartley West, great-nephew of the groom, from Meigs, Ga.

The new Mrs. Hooks is the daughter of Loease Rodgers Speegle of Plains, Ga., and the late Ralph C. Speegle.

The groom is the son of Elizabeth Hartley Hooks of Bainbridge and the late James M. Hooks.

The couple is residing in Bainbridge, where she is employed as the vice-president of CBA Inc. in Bainbridge. Mr. Hooks is retired from Thomas & Betts and is an evangelist.