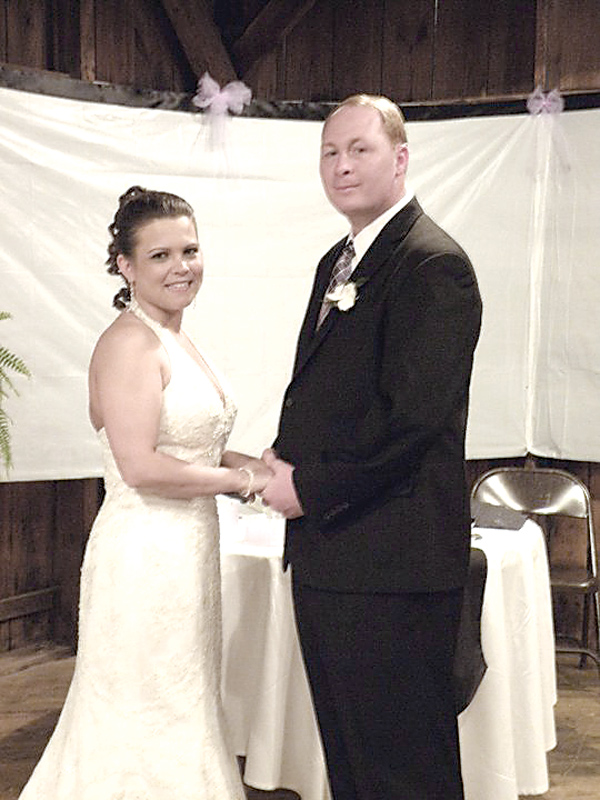 Bobbi Smith of Bainbridge, Ga., and Keith Pollock, also of Bainbridge, exchanged wedding vows in an evening ceremony on Oct. 16, 2010, in Climax, Ga.

The bride was escorted down the aisle by her son, Kaden Smith, who also gave her away.

The bride is the daughter of Audrey Clark of Whigham and of Bobby McCallister of Camilla, and the granddaughter of Nancy Webb, Jane Keyes, Pat McCallister and of the late Brady Keyes and Bob McCallister.

The groom is the son of Bobby and Delores Pollock, and the grandson of the late Venita and Lester Lovett, and the late Mildred and John Pollock.