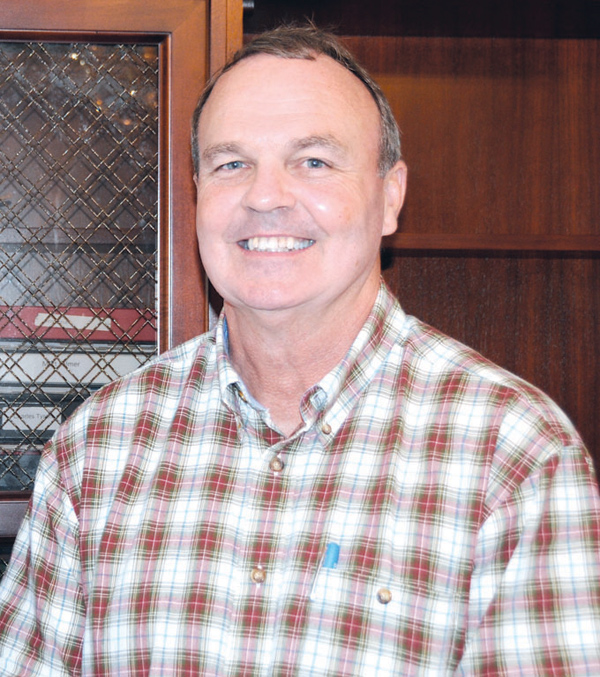 Existing businesses’ expansion plans, the potential for progress on a large, private prison and a handful of new business prospects highlighted McCaskill’s presentation to county commissioners.

Construction of the new Dollar General Store at the intersection of Dothan Road and Airport Road should begin in about six weeks. The Seminole Wind restaurant, which has locations in Thomasville, Cairo and Tallahassee, Fla., plans to construct a buffet-style restaurant on an outparcel in front of the recently opened Holiday Inn Express on Tallahassee Highway, McCaskill said.

R.W. Griffin Seed Feed and Fertilizer continues to expand its terminal facility in the Commodore Decatur Industrial Park, after recently putting up large agricultural storage tanks. The company plans to purchase 15 more acres in the park and start a dry fertilizer facility. In all, the company will be using 28 acres and a railroad spur it installed at its own expense, McCaskill said.

Cambridge Terminal Service is upgrading a railroad spur located near Southeast Minerals’ Spring Creek Road plant. Cambridge will use the spur to receive ethanol produced in the Midwest, off-load it onto trucks and transport it to the Transmontaigne fuel terminals on East Shotwell Street.

A third rail spur will serve Seminole Biodiesel, a division of Southwest Georgia Oil, which has a biodiesel production and fuel storage plant in the Commodore Decatur Industrial Park.

“There is a tremendous export market for biodiesel right now and [the spur] should open that up to them,” McCaskill said.

Georgia Gulf Sulfur is extending its rail spur and has constructed some new storage buildings at its Spring Creek Road plant, he said.

McCaskill said there is a prospect looking at a smaller lot at the Commodore Decatur park; he said he’s also working with a prospect at “the old Florida Rock property” off West College Street, which can be seen from the U.S. 27/84 bypass.

McCaskill said Bainbridge and Decatur County have great potential for large industrial prospects, with both the former TRACO and the closed Propex buildings available. McCaskill said he believed work could be done on the old Gilbreath building at the county’s Industrial Air Park to make it suitable for a prospect.

The Development Authority recently received a $400,678 OneGeorgia grant will primarily be used to install a heavy-duty water system that will assist Meredian, as well as Shaw and other future industries at the Industrial Air Park, McCaskill said.

The largest new business prospect is Corrections Corporation of America, which has signed a memorandum of understanding to build a large, private prison at the Industrial Air Park. The date for construction to begin on the prison can’t be pinned down until CCA has the opportunity to bid on a prison—for either state or federal inmates—in this area, McCaskill said. The company anticipates the demand for the prison and is actively doing some exploratory site work, including some recent soil boring tests, in advance of their construction plans, he said.