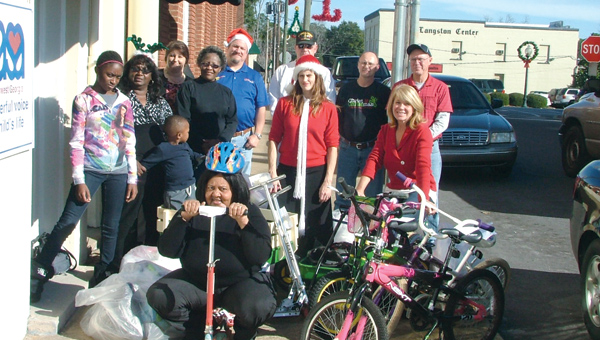 Twenty-five children served by Court Appointed Special Advocates (CASA) and the Decatur County Department of Family and Children’s Services (DFCS) woke up this morning to find bicycles and other special gifts from their Secret Santa.

The gifts were delivered to the CASA office on Troupe Street Monday afternoon. The children receiving the gifts are in DFCS custody either with a foster family, with relatives or in a treatment center.

The Secret Santa program is sponsored by local radio stations Live 101.9, and Rocking 106.3.