The joy of giving

Sally (Charlie Brown’s sister) says that Christmas is the time for getting and to get as much as you can while the getting is good.

Charlie Brown is unsuccessful in convincing her this is not the real meaning of Christmas. It’s not the time of “getting,” it’s the time for giving.

“Getting” seems to be easier, but giving can be more rewarding.

Even back in 1965, when “A Charlie Brown Christmas” debuted, Charles Schultz intentionally tied into the story-line the problem of commercialism that has taken over the season. Commercialism can be seen as a focus on buying for the purpose of giving rather than “getting” but it still takes a lot of attention away from the season.

Giving may be more than just giving presents, it may mean giving time, attention, compassion and possessions. How do we know how much or when to give? This can be hard to determine, especially when there are a lot of demands on us from different directions. In a season of giving, it can be hard to tell others “no.”

Feeling pressured to give sometimes takes the joy out of giving. Sometimes that pressure comes from others and sometimes from ourselves. We don’t like that emotional or relational pressure that says if we don’t give we don’t care enough or we’re not good enough, or we have to give to be accepted. We may feel trapped into it. That emotional or relational pressure to be something or do something can smother the joy.

A few things to keep in mind to keep the joy in giving are the following:

1. Give because you choose to. Give out of choice rather than fear or obligation or guilt.

2. Ask yourself why you are doing what you are doing. Is it so that others will love you more, like you more, give to you more? Is it out of fear of rejection or what others might think or do if you don’t give?

3. Don’t fall into a pattern of giving and then resenting others for “making” you do it or them not being grateful.

4. Remind yourself that giving is about giving—let go of expectations from the other person.

This is a great season and it was meant to be joy to the world. God gave to us not because He had to but because He chose to. He longed for us to know real love and what it means to really give to others.

If you’re finding it hard to establish or maintain healthy boundaries with others or if you’re feeling angry and resentful in your relationships, take the time to talk to a friend, pastor or counselor. 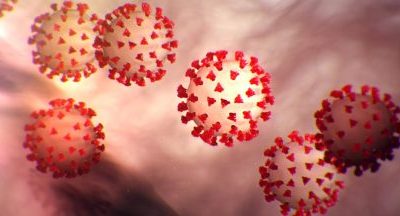