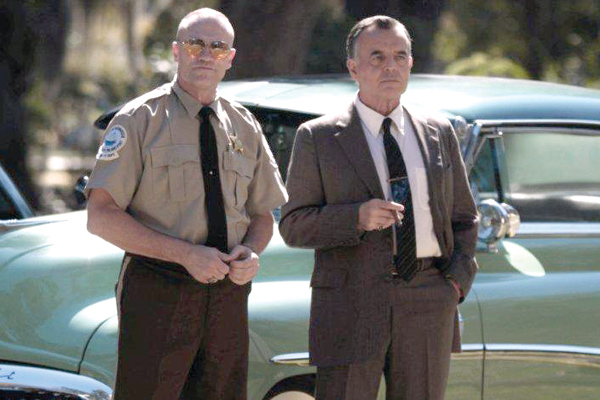 On Thursday, local citizens will get their first look at footage from “Fishers of Men,” the faith-based feature film shot in Bainbridge this past fall.

Representatives of Desert Wind Films, the production company that developed “Fishers of Men,” will show a minute-long trailer and an extended video montage at First Baptist Church on Thursday afternoon.

Desert Wind Films CEO Josh Mills, who co-directed “Fishers of Men” will be presenting the trailer and montage along with Steven Camp, Desert Wind’s CFO and the film’s executive producer. The Rev. Paul Medley, pastor of First Baptist, has a small part in the movie and will be present at the screenings.

Desert Wind Films is currently working on post-production for the movie; the “rough cut” edit of the movie is about two-thirds complete and conversations with potential distribution partners are underway, Camp said.

There are plans to hold the movie’s grand premiere next April or May in Bainbridge, with an initial theatrical release to follow soon after in 2011, Camp said.

One hundred and one local people had background roles in the movie, almost all of which was shot in Bainbridge and Climax.