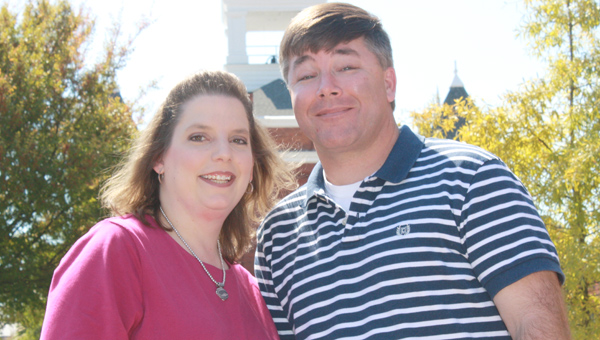 Mr. and Mrs. Dick Griffin of Blakely, Ga., formerly of Bainbridge, announce the engagement of their daughter, Judy Griffin, of Nashville, Ga., to Skeeter Parker, also of Nashville.

Miss Griffin is a 1993 graduate of Bainbridge High School, received associate degrees from Bainbridge College in 1997 and 1998, and earned a Bachelor of Business Administration from Valdosta State University in 2000.

She is employed as office manager at South Georgia Medical Center, and is the pianist at First Baptist Church in Nashville.

The groom-elect is the son of the late Arlie and Jean Parker Jr. of Nashville, and he is the grandson of Arlie and Mary Jane Parker, and Tom and Ruby Rich, all deceased.

Mr. Parker graduated from Berrien High School in 1985, received a Bachelor of Business Administration from Valdosta State University in 1989; a Master’s in Education from VSU in 1993; and Education Specialist from Georgia Southern in 2008. He was his high school valedictorian, a STAR student and has been named STAR teacher three times. He is a math teacher at Berrien High School.

The wedding is planned for Dec. 11 at 2 p.m. at First Baptist Church in Nashville, with a reception to follow in the church fellowship hall. Friends and relatives are invited to attend.