One arrested, one sought in pot bust 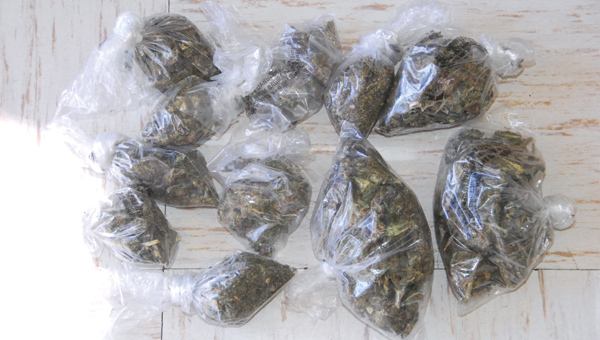 Bainbridge Public Safety arrested one man and plans to charge another with drug-related offenses after 5 ounces of marijuana were found at a residence on Water Street on Thursday afternoon.

According to Jordan, the residence was leased to 22-year-old Anthony Curtis Wright, who was not present at the home. Public Safety is looking for Wright and investigators plan to arrest him on the same charges as Ward, Jordan said.

Georgia’s Thanksgiving holiday seat belt enforcement campaign began Monday, Nov. 15, and runs through the end of the holiday travel period on Sunday, Nov. 28, according to the Governor’s Office of Highway Safety.

More than 500 local law enforcement agencies statewide and the Georgia State Patrol (GSP) will be participating in the November 2010 “Click It or Ticket” mobilization.

More than half the Georgians killed in car crashes in 2008 were not wearing safety belts.

This holiday travel period, police will use concentrated patrols and safety belt road checks to continue to push aggressively for seat belt compliance for the 10 percent of Georgians who do not buckle-up. Georgia law allows officers to write seat belt tickets whenever they observe drivers or passengers who are unbelted.  A new Georgia law now requires pickup truck occupants to buckle-up too.