Climax citizens woke up to a terrible shock on Thursday morning as they learned of the sudden death of City Councilman Ronnie Bishop. 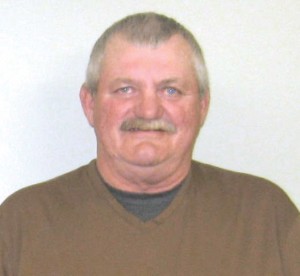 Councilman Bishop was in his second tenure of a four-year term in office, and would have been up for re-election if he had chosen to run again in November 2011. He died on Thursday, Nov. 18, at his residence at age 61 years.

His last act as a councilman was a motion he made to purchase playground equipment for the children’s little park on New Street at a called council meeting Tuesday, Nov. 16.

While serving the people of Climax, Councilman Bishop helped in purchasing the property, and then relocating City Hall, the maintenance department, and the police office to the new building on Broad Street.

He also worked with the council to support the Climax Volunteer Fire Department in purchasing the new fire truck and other projects, as he served as chair of the police and fire department committee.

City Clerk Karen Toole said, “There were many sides of Ronnie and not everyone got to see all of those sides. He had a kind heart, and loved his town and the people in it. If something was brought before the council and he thought it was a good cause he didn’t mind putting his neck on the line for it. He supported the city employees but didn’t mind telling you where you needed to improve.”

Bishop was a farmer and stated many times that he loved the outdoors.

“When you found vegetables and fruit on your porch, you knew Ronnie Bishop had come by. He shared his harvest with many citizens of Climax. Yet he never mentioned the visits to anyone,” Toole said.

At many council meetings he stated that he loved Climax and hearing from the citizens and their concerns.