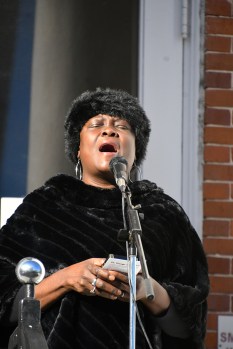 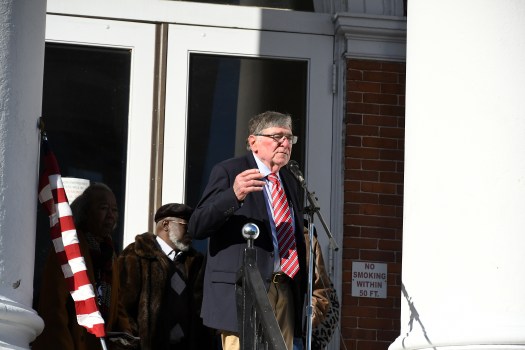 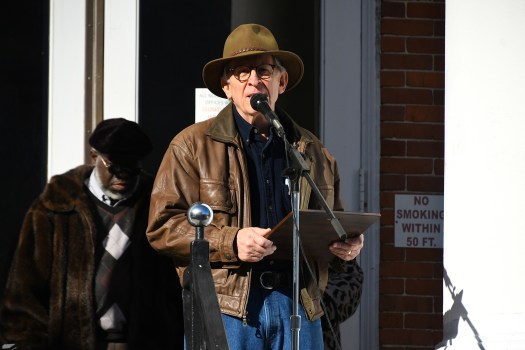 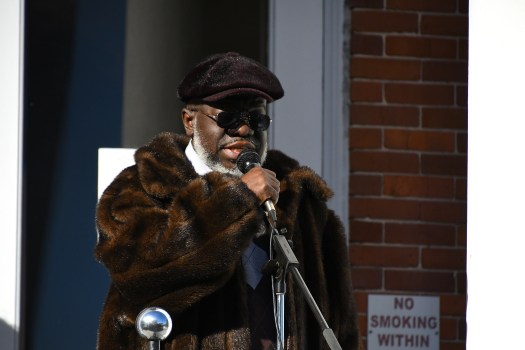 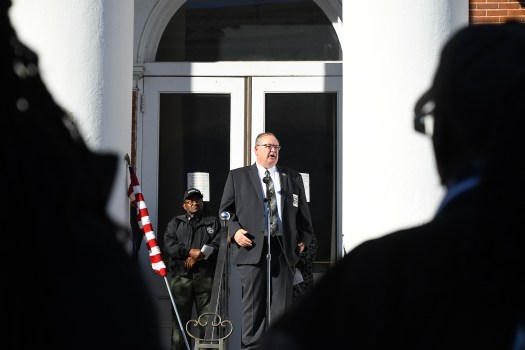 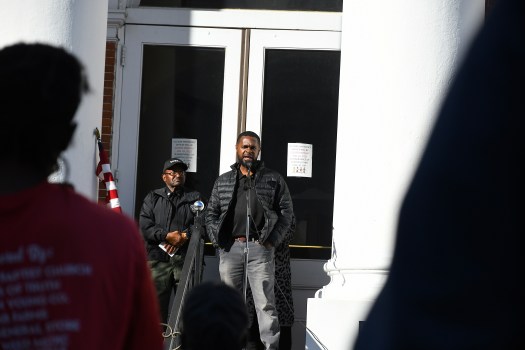 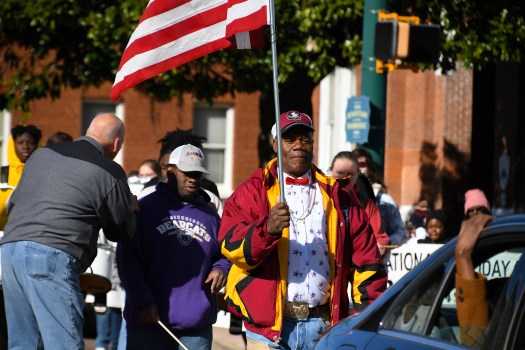 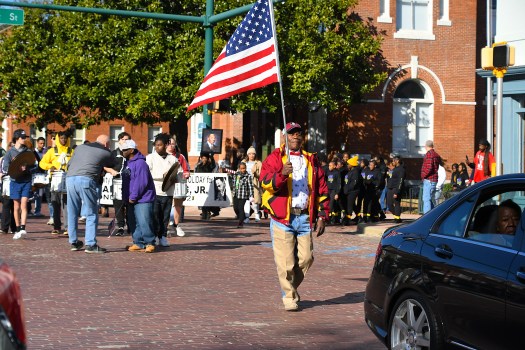 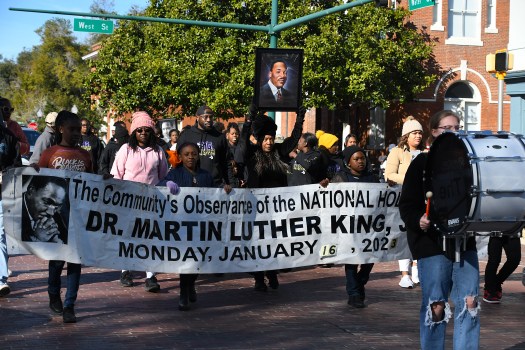 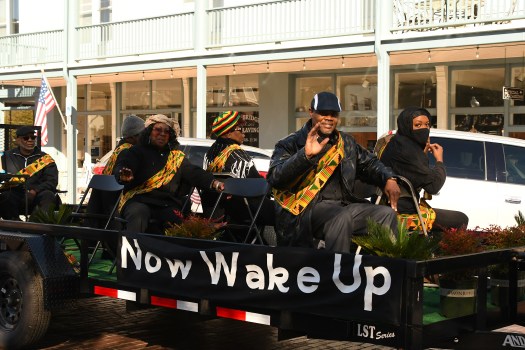 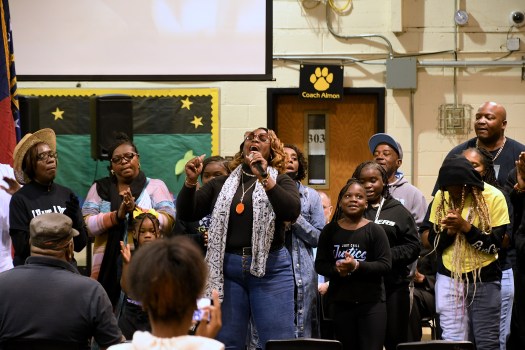 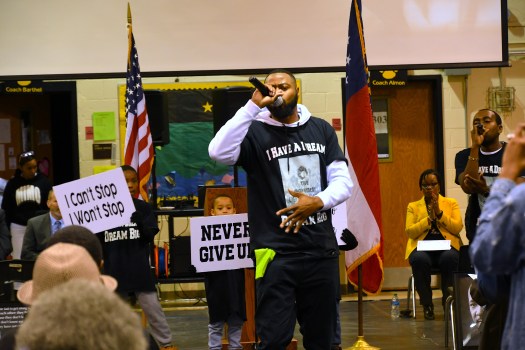 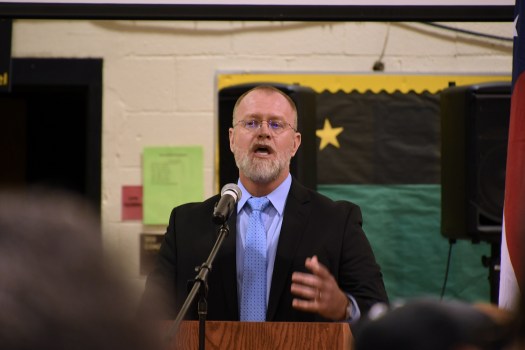 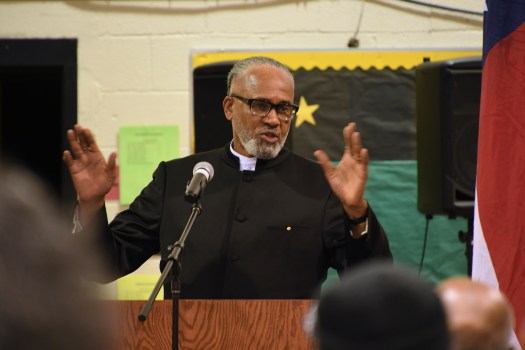 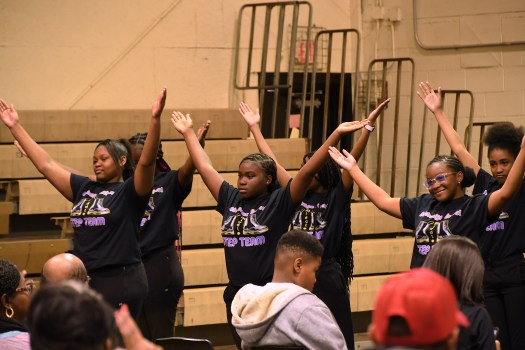 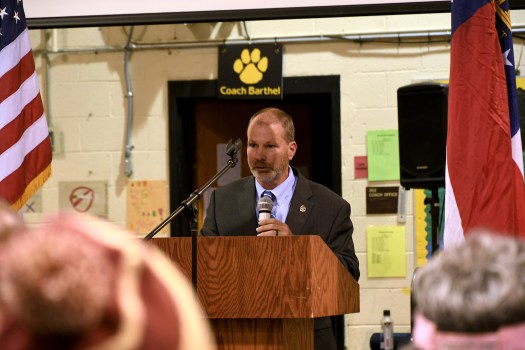 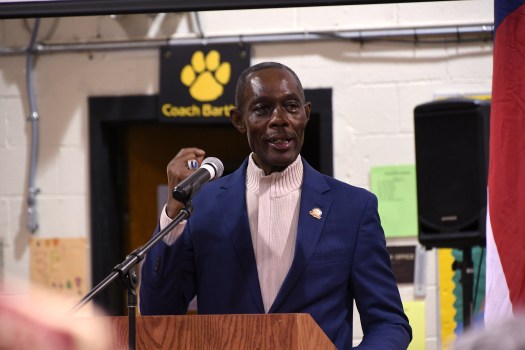 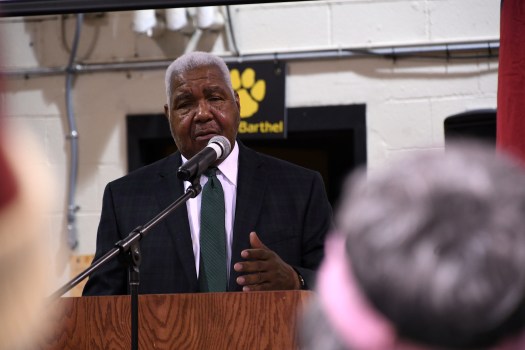 A crowd gathered at the courthouse steps on Monday morning for the opening ceremony to the day’s Martin Luther King, Jr. Day festivities. After an introduction on behalf of the Decatur County Board of Education, Shelita Close provided a solo performance of “Lift Every Voice and Sing” Mrs. Liz Tomlin, CEO of the HERO Foundation, welcomed the crowd. Reverend Henry Flowers of the African Baptist Church provided a scripture afterward, followed by the retired Rev. John Thomas leading a prayer.

After the opening ceremony concluded, the MLK parade departed from the courthouse, led by the BHS band, heading down Martin Luther King Jr. Drive, and concluded at Hutto Elementary School, where the main community observance program was held in the gym around noon.

The BHS JROTC presented the colors for the ceremony while Shelita Close performed the National Anthem. Public officials spoke at the ceremony, including Hutto principal Dr. Crycynthia Gardner, Superintendent Tim Cochran, and Fire Chief Doyle Welch. Music and performances were provided by The Movement of the SOUF, the BMS step team, and the James Clarke Community Choir. Multiple pastors and reverends contributed to the service, which included Rev. Adren Bivens, Rev. Mark Wilkinson, Rev. Lester Hayes, and Rev. Spenser Wilson.

The main speaker for the day’s event was Savannah native Dr. George E. Shinhoster, whose main theme was “Where do we go from here?” Shinhoster was a teenager during the Civil Rights era and desegregation, recounting his high school experiences during that time. He also participated in crowd control at Dr. King’s funeral.
“I want you to know that I am a dream keeper, of Dr. King’s dream,” Shinhoster said. “I was intrigued by the theme chosen for today,” he continued. “Dr. King asked that same question, in 1967. His words resonate today.” He recounted major developments in civil rights made over the years, from major ones such as the Voting Rights Act of 1965, to the end of “separate but equal” facilities. “Imagine that last night, I stayed at the Hampton Inn. In 1963 I couldn’t stay there. I went to eat, and I didn’t have to go to the back window… Whatever it took, freedom ain’t free.”

Shinhoster then moved to modern discussions around race. “There are a lot of names now that have given their all among a cadre of victims, and they have begun to give new life to a movement. George Floyd, Eric Gardner, Treyvon Martin, Ahmaud Arbery, Breonna Taylor,” he said. “Only a few lives have been lost because of injustices across this country. While much has been done, much more remains to be done. There have been a lot of gains made, but it’s not a time for us to sit back and rest and forget.”

Lunch was offered in the school lunchroom following the conclusion of Shinhoster’s message and closing remarks.