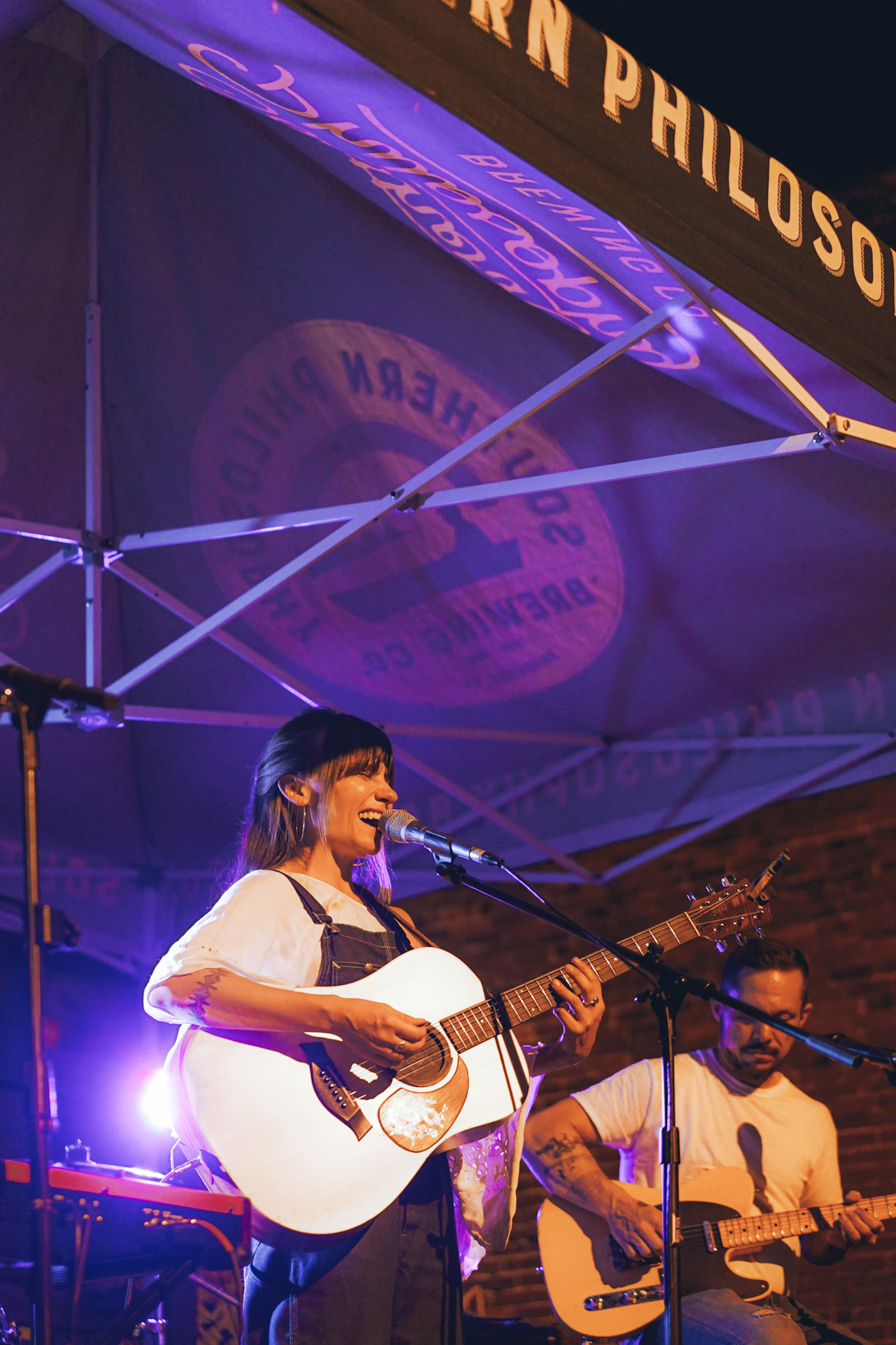 Tori Lund and Blake English may not be names you’re instantly familiar with, but after several recent performances in Bainbridge, there’s a good chance you know their sound.

According to their bio, Few Miles South was created by Blakely local, Grammy-nominated producer/engineer, English, and Los Angeles native and classically trained singer Lund. But despite what image the term “classically trained” conjures in your mind, Few Miles South have a distinctly traditional country sound with an upbeat vibe, and with toe-tapping all around, they seemingly hold the attention of their youngest audience members and the older generation alike.

Lund grew up in California, and it was there that she met English, the other half of what would become a Few Miles South. “He was out there for a songwriting and publishing deal,” Lund said, “But we happened to meet at a church where we were both playing guitar and I was singing. So we got to know each other there and then started writing music together.”

English has been writing music his whole life and recently opened a recording studio in Blakely called “Southern Fried Studio.” There, he and Lund write, produce and record all their original songs, but it’s been a more extended time coming for Lund. “He kind of taught me how to write,” she said of English. “I’d always wanted to but, you know, I was always too in my head about it,” she continued. “He definitely gave me a confidence boost, and we’ve been writing about seven years now.”

While not quite like the music scene in larger cities, Bainbridge has attracted a variety of performances in different venues in the past several years. Eateries and businesses have played an essential role in supporting the arts, like Southern Philosophy Brewing, located on the square. Playing on a small stage in the gravel-covered backyard of the popular business, the backdrop of iconic redbrick and historic southern architecture makes a perfect spot to sit and enjoy the sophisticated rhythms and effortless vocals of Few Miles South, who say they’ve performed here several times.

But for them, this is just one stop on an exciting journey to pursue what they love. “The ideal situation would be to start, kind of, collaborations or tours together with other musicians,” Lund said. “We would love to start a music festival somewhere either in Blakely or nearby,” she continued, “and get more local bands involved that maybe people don’t know about as much.”

Few Miles South have a list of upcoming performances on their tour list but will be back performing at Southern Philosophy Brewing on Friday, November 4th. You can find their full schedule at their website www.fewmilessouth.com, and more information about their recording studio at www.southernfriedstudio.com.