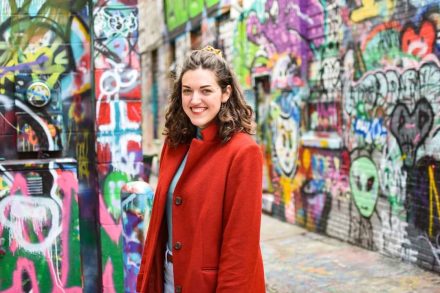 Aleyna Rentz, daughter of Berry and Lauren Rentz, recently received the Pushcart Prize for her short story “The Land of Uz.”

Bainbridge native Aleyna S. Rentz has been chosen to receive a Pushcart Prize. Her short story “The Land of Uz” will be featured in the 2023 Pushcart Prize edition. The Pushcart Prize is an American literary prize that honors the best “poetry, short fiction, essays or literary whatnot” published in the small presses over the previous year. Awarded annually since 1976, the prize is considered one of the most prestigious in its field. Each year small presses and magazines nominate six pieces of writing they’ve published, including short stories, essays, poems, and novel excerpts. Out of approximately 10,000 nominations, only 60-70 people are awarded the prize. The Pushcart Prize is highly revered; in addition, it can bring recognition not only to the writers who win but also to the small presses that published the winners.

Aleyna currently resides in Baltimore where she is employed by Johns Hopkins University. She is the daughter of Berry and Lauren Rentz of Bainbridge.