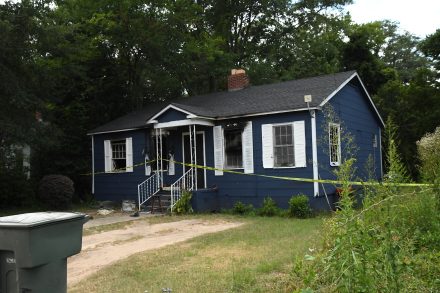 The fire is believed to have been caused by an air conditioner cord overheating.

Tragedy struck last Friday when a house on Anderson Street caught fire. While nobody was injured, there was extensive fire and smoke damage to the house. The home residents, the Mitchells, have found lodging with family, but are in need of clothing. 5 Points Cleaners, who employ Betty Mitchell, is currently accepting donations for them, specifically women’s size 10-12 pants, large shirts, and size 7.5-8 shoes, as well as men’s 38-36 pants, 2XL shirts and size 13 shoes.

According to Bainbridge Public Safety, it is believed that the fire began as a result of a window unit air conditioning cord overheating and catching a couch on fire, which subsequently spread.

For more information on providing donations, Rick Ragan with 5 Point Cleaners can be reached at 229-246-4669.