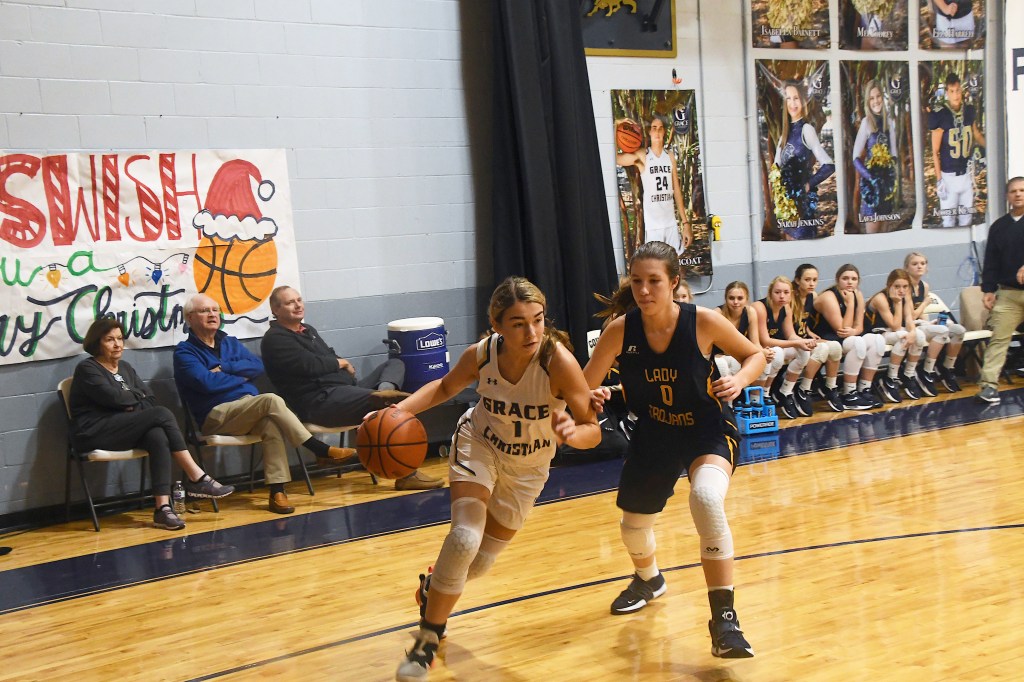 The team started off slowly, scoring 4 points in the first quarter, with Zoe Wells and Mary Glenn Warr each scoring 2 points.

The girls began to find their rhythm in the second quarter, scoring 12 points. Wells scored 7 points, followed by Warr with 3 points, while Lainey McRae scored 2 points with a lay-up.

After halftime, the Lady Cougars had their best quarter of the night, scoring 26 points total.

Warr led the team this quarter, scoring 9 points. Not far behind was Wells, who scored 6 points, followed by McRae and Katherine Griffin with 4 points a piece. Ella Harrell also claimed 3 points for the girls this quarter.

The girls lost a little momentum in the fourth quarter, only scoring 10 points, though it was still more than enough to win the game.

Kassidy Widner led with 4 points, followed by Griffin, Wells and Christina Longs with 2 points each.

The girls then went up against Covenant Academy on Saturday afternoon, winning again, 62-30.

Harrell led the pack in the first quarter, bringing in 6 points with three layups. McRae scored 4 points, followed by Wells with a three-point shot. Warr and Griffin both scored 2 points each.

Overall, the girls scored 17 points in the first quarter.

The Lady Cougars improved in the second quarter, scoring 20 points.

Wells netted 9 points for the team, making 3 three-point shots, while 6 points were scored by Griffin. McRae scored 3 points, while Harrell also scored 2 points in the quarter.

After halftime, the team was able to keep that momentum going in the third quarter, again scoring 20 points.

Warr made 3 three-point shots, scoring 9 points. McRae trailed closely behind, scoring 7 points, and Harrell made a layup and a pair of free throws to score 4 points.

The girls only scored 5 points total in the fourth quarter.

Wells made a three-pointer, while Anisa Patel scored 2 points.

The Lady Cougars’ next home game will be Thursday, starting at 6:00.