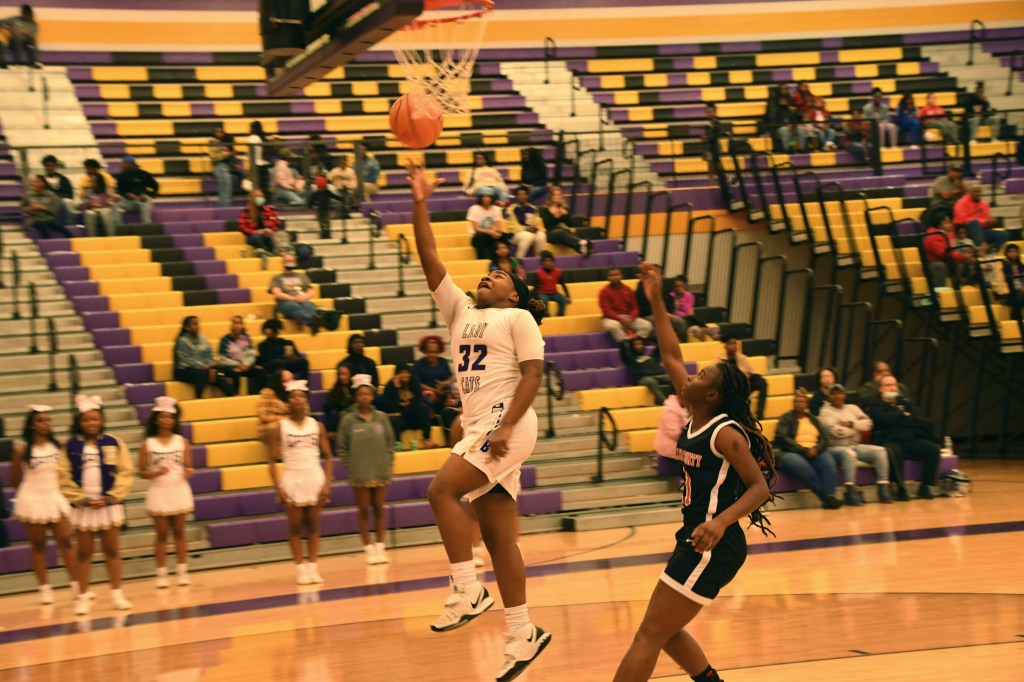 The girls scored 16 points in the first quarter, with Angel Peterson, Kirston Noble and Detavia Salter each scoring 4 points.

The second quarter was the best the girls had, with the team scoring 21 points in total.

Solomon led the team with a total of 5 points, while Salter and Noble each scored 4 points.

The girls had a little dip after halftime, only scoring 17 points.

This quarter, Brown had the highest score, totaling 5 points, with Warner close behind, scoring 4 points.

Salter, Solomon, Evans and Peterson finished out the quarter with two points a piece.

The girls finished the game with their lowest scoring quarter, only scoring 6 points, though they completely shut out Miller County for the remainder of the game.

“Their (Miller’s) girl’s team is not that strong this year, but it’s a close game for us, you know, travel-wise,” Coach Kelvin Cochran said. “Local people come to the game, and it was a good game. Our girls took care of business early.”

According to the coach, this game gave younger players valuable experience: “Everybody got to play, and it’s always good when everybody gets to play. So that was a good thing, a good experience for our young girls, to get some playing time.”

The girls then traveled to the Colquitt County Christmas tournament.

The girls took away a close victory Monday, going into overtime to beat Miami’s Norland High 55-50. Salter scored a total of 24 points that night, followed by Warner, with a score of 10 points.