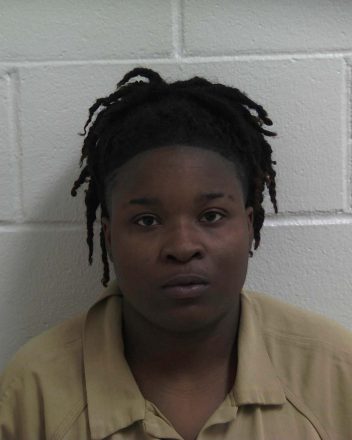 On Friday, December 10, 2021, in the early morning hours, Investigators from the Decatur County Sheriff’s Office, Bainbridge Public Safety, The Dothan Police Department, Houston County Sheriff’s Office in Dothan, Alabama, and the U.S. Marshall’s Service executed an arrest warrant at a residence in the 900 block of N. Miller Avenue for Zycheria Markesha Russ. Russ had an outstanding warrant from the Dothan Police Department for Capital Murder. This charge was in reference to a murder investigation that began in early October 2021 by the Dothan Police Department. A Dothan resident was found shot inside his home in Dothan, Alabama in early October 2021. Evidence found at the victim’s residence identified Climax, Georgia resident Solomon Terrell Cooper as a person of interest in the case. Evidence later implicated that Russ was involved in the murder as well. Dothan PD Investigators worked closely with Decatur County Sheriff’s Office and Bainbridge Public Safety Investigators to obtain additional evidence for Cooper and Russ related to the Alabama murder case. Russ was later extradited to the Houston County Jail in Dothan, Alabama to answer to the Capital Murder charge. At this time, Cooper is located in the Muscogee County Jail in Columbus, Georgia for unrelated charges. Cooper also has pending charges in Decatur County related to entering automobiles and weapons charges. Once all of Cooper’s cases are satisfied in the state of Georgia, he too will be extradited to Houston County, Alabama to answer to the Capital Murder charge.