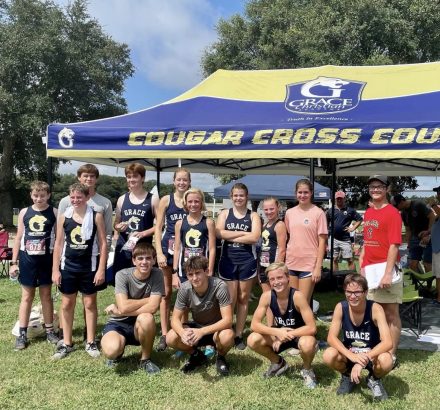 The GCA Cross County team smiles and cools off under the tent after their successful XC meet at Sherwood Christian Academy.

The Varsity GCA and BHS runners had a great showing, individually.

The BHS and BMS cross country teams will now compete in the Dueling Summits Race in Tallahassee on August 28.

Bearcats gear up for road test against Coffee Co.…