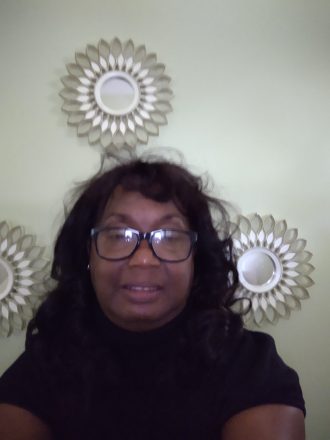 *Editor’s Note: We will be featuring a monthly CASA spotlight on outstanding CASA volunteers who have made a difference in the community. This is the first spotlight, featuring Sandra Brown, who has been serving since 2002 and has advocated for almost 100 children. Below is her story on how she became involved with CASA.

Where do I start with my journey as being a CASA volunteer.? I became a CASA volunteer after a student in my Physical Education class was placed in foster care, because her mother physically abused her and her siblings. The department at that time placed children in separate homes. This student was going to a home in the Atlanta area. Her last day at school she came to me and asked me to adopt her and I said to her I could not because I had three children of my own to raise.

Throughout the years I have looked to find her. Mrs. Marva Hayes, who was a CASA volunteer, came to school one day and asked me to become a volunteer. I told her I would and was trained under the leadership of Marijean Boyd. I was in a training group of nine fantastic volunteers. We made it! On March 2, 2002, the Honorable Judge Chip Perry swore us in as CASA volunteers. And now, CASA is under leadership of Nan McIntosh, Dan Provence, and Tim Green and some more terrific CASA volunteers.

I have been a volunteer for 18 years and have advocated for almost 100 children. It has been a pleasure to serve and to make a difference in the lives of children and their families. The recommendations that I have made were based on truth and the “best interest” of children as well as my spiritual beliefs and practices, because I have to answer to God at the end of my life journey.

In closing, I could go on and on, but I invite you to become a CASA volunteer to help change lives or become a foster parent. I serve on the Department of Family and Children Services Board, I am a retired teacher, and an active teacher at New Beginning Learning Center (NBLC) under the leadership of Stephanie Green. I am also a Trustee at St. John Community Church, a mother of three adult ladies Shea, Nicoa, and Delphana, and a grandmother of six; Whitney, Isaac, Elijah, Mya, Caleb, and Brody. And, I also have two sons-in-law Hubert and Devon.

Make a decision and become a CASA volunteer or a Foster Parent. This is a great way of giving back. Thank you! 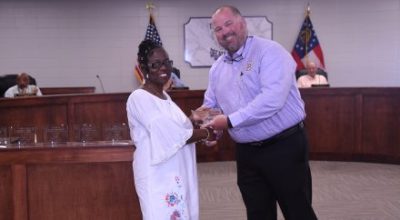