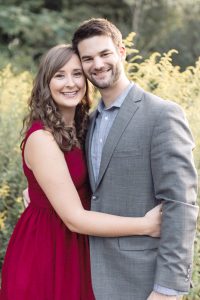 Mark and Kathy Maxwell, of Whigham, Georgia, are announcing the engagement and approaching marriage of their daughter Jordan Maxwell to Jon Ward, son of Joe and Margie Ward of Tallahassee, Florida.

The bride-elect, now a resident of Athens, graduated from Bainbridge High School in 2010, and from the University of Georgia in 2014, with a Bachelor of Science major in Biology and a minor in Spanish. She is currently a fourth year medical student at The Medical College of Georgia at the AU/UGA Medical Partnership in Athens.

The groom-to-be is a former resident of Bainbridge, now living in Atlanta. He graduated from Grace Christian Academy in 2009, and from the University of Georgia in 2013, with a Bachelor of Arts in Finance. He is employed as a financial adviser.

Mr. Ward is the grandson of the late Anne Calloway Wilson and the late Lewis Ray Wilson, of Judy Parker Ward and the late James Leroy Ward.

The wedding is planned for July 15 at the UGA Chapel in Athens. A reception will follow at the Athens Country Club. Invitations have been sent.