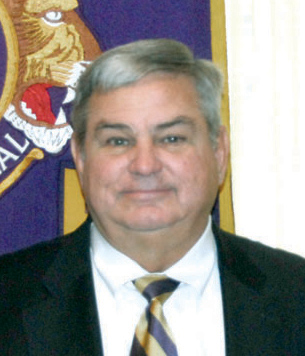 Pilcher met with his team and coaching staff Friday afternoon, to inform them of his decision to resign after five years of coaching the Bearcats.

“We accomplished some good things, but maybe not as much as I’d hoped to accomplish,” he said. “When I took this job, I looked at it as a sort of ‘five-year plan’ to try and get this program to where we wanted it. I think we were getting there, but I just didn’t think it would be best for me to commit for another five years or more.”

Pilcher said he still wants to continue coaching, and has applied for other open coaching positions, but declined to name any specific schools.

“I realize that [being a head coach at another school] might not even be an opportunity for me now, at this stage of my life,” Pilcher said. “I’ve been doing this for 41 years, but I still have a passion for coaching football and for teaching youngsters. I’m always going to have a passion to coach, but the good Lord may feel that it’s time for me to step aside.

“I have applied for some jobs, just in case anything were to open up, but I don’t anticipate anything for sure at this point. We’ll wait and see.”

Pilcher said he would miss his Bearcats players and coaches, but will continue his teaching contract through the remainder of the 2012-13 school year. Pilcher teaches physical education and weightlifting at BHS.

“I was very appreciative of the opportunity to be here, and I’ve enjoyed my time at Bainbridge very much,” he said. “It’s always hard to tell the kids a decision like this, because that’s what I’m going to miss the most, is these great young people.

“It’s been hard on the coaching staff in this economic climate, because we’ve had our numbers cut and they’ve had to fill multiple roles. I just appreciate them bowing their necks and continuing to work as hard as they have.”

“We appreciate the five years that Coach Pilcher has provided leadership to our football program,” he said. “We’re going to move very quickly toward beginning the process of searching for a new head football coach.”

Rayfield said that a committee will be formed to review the applications and interview prospects. He said he was not sure who would be on the committee, but it would likely include himself, Principal Tommie Howell, Athletic Director Stan Killough and representatives from the BHS football booster club and general community.

“The coaching position will be open to anyone who wishes to submit an application,” said Rayfield, who added that he hopes a new coach would be in place by spring practice. “Obviously having a new coach by spring practice would be the best timeline. It would allow the coach to meet the kids and start implementing his system from square one. That’s what we’re hoping.”

The Bainbridge High School Bearcats basketball team improved their overall record to 11-4, and their Region 1-AAAAA mark to 4... read more