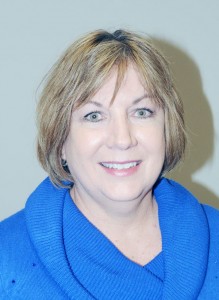 Jan Godwin, the director of public relations at Memorial Hospital and Manor, was appointed as the new District 1 Commissioner, during a special called meeting of the Decatur County Board of Commissioners on Monday evening.

Godwin, of Attapulgus, succeeds Dr. Earl Perry, who resigned from his seat due to health reasons, effective Dec. 31, 2012. She will serve the remainder of Perry’s term, which runs through Dec. 31, 2014.

Godwin and five other candidates — Jack Dodd, Debbie Elkins, Charles Fitzgerald, David Holt and Albert Scott — each addressed the commissioners prior to Monday’s vote, offering a short presentation of why they chose to apply for the open seat, and their goals for the county.

Following Scott’s presentation, Commissioner Frank Loeffler made a motion to appoint Godwin. His motion was seconded by Oliver Sellers, and Godwin was appointed by a 4-1 vote.

Godwin will be sworn in as a commissioner early Tuesday morning, prior to the board’s regularly scheduled meeting at 9 a.m.

“I’d like for the commission to be a cohesive group, to work together and make progress in our county,” Godwin said. “I’m very happy that the commission gave me their support, and I plan to be a commissioner who works for everyone in the district, and not just a few people.”