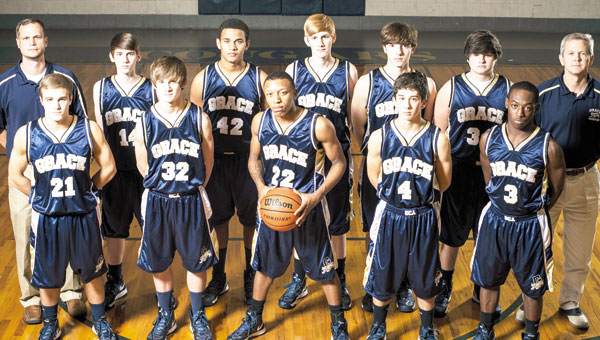 On Monday night, the Grace Christian Academy Cougars took on Southwest Georgia Academy at Perry Memorial Gymnasium in Bainbridge, winning by the score of 46-34.

SGA was led by McKinley Chambliss, who had 15 points.

The Cougars fell at the buzzer at the Byne Tournament on Friday, losing to host Byne 55-54. However, they bounced back Saturday, defeating Highland Christian, 75-56.

McRae was named to the All-Tournament team.

Against Byne, the Cougars had an attempt at the buzzer with one second remaining, but the shot rimmed out.

“It was a more physical game than we have seen so far this year,” Grace coach Steve Murr said. “We have to adjust on those nights to be more physical.”
McRae led the Cougars with 17 points against Byne, Bryce McQuaid added 13 and Phillip Bowen scored 11.

Against Highland, McRae and Bowen tied for the team lead with 24 points each. Noble added 13 points.

The Grace Lady Cougars led 30-2 at halftime and cruised from there, defeating Southwest Georgia Academy at Perry Gymnasium in... read more