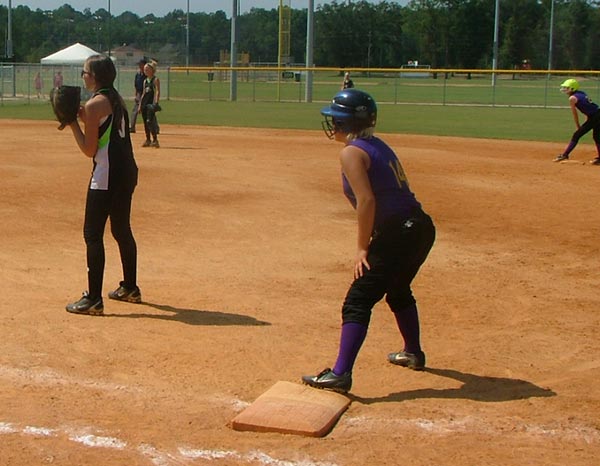 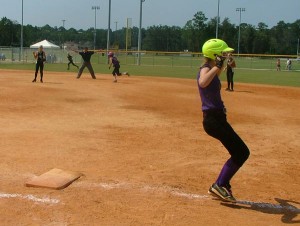 The Lady Cats opened tournament play with an 8-7 victory over the Whigham Middle School Lady Indians. Their big scoring inning was the fourth when they rallied for five runs. Taylor Swarren reached on an error to open the decisive fourth, and moved up to second when Makala Kirkland walked. Both runners later came around to score.

In their second game, the Lady Cats lost 11-5 to the Crisp County Middle School Lady Cougars. They scored a run in the first inning and four more in the third inning. Grace Macintosh opened the first with a single and came around to score.

The third-inning runs were scored by Jordan Graham, who walked, Grace McIntosh, who reached on a fielder’s choice, Taylor Swarren, who singled, and Makala Kirkland, who singled.

In their third game, the Lady Cats rolled over Thomasville’s McIntyre Park Middle School Bulldogs, 22-1. They put the game away with an eight-run, first-inning rally. Grace McIntosh reached on an error to open the Lady Cats’ first and came in to score on a single by Tori Sprenkle.

Bainbridge Middle School lost 13-2 to the Seminole County Middle School Lady Indians in their final game of the tournament. The Lady Cats scored single runs in the first and second innings. Grace McIntosh singled with one out in the first, moved up on an error and scored on a fielder’s choice.

The Lady Cats’ second-inning run was scored by Arien Brown, who walked.