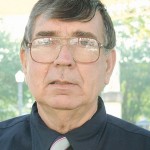 Decatur County Treasurer, Claude Shirley of Climax, announced on Tuesday his decision to resign from the office effective immediately.

Shirley was first elected as county treasurer in 2004.

“I have devoted much time and energy to see the best use of tax money being spent from the county treasury,” Shirley said in a news release. “I have been most disappointed in the incompetence and unwillingness of our county administrative staff to work within the framework of our monetary means.

“Now, since the commission raised property taxes, rather than demanding the staff to operate the county in line with revenue, I just do not have the will to continue to fight with them.

“Over the past seven years, I have enjoyed my service as County Treasurer and seeing my family grow and assume the responsibilities my wife, Sally, and I believed made good citizens. I will always be grateful to my fellow citizens for the trust they showed in me.”

Shirley stated he believes he has been a constructive critic of county government. Now that his son, Ryan Shirley, is broadening his bonding business into the county, the elder Shirley wants to avoid any criticism of impropriety by no longer being a county office holder himself.

Shirley also provided The Post-Searchlight with a letter he sent notifying Georgia Gov. Nathan Deal of his resignation.

White said that interim will either serve “until such time as a special election can be held,” or until the end of Shirley’s original term, which was set to expire at the end of 2012.

“I’m not sure if (the judge) can appoint someone to serve the whole term, or only through a special election,” she said. “I hope and pray we don’t need a special election, because we’ve got a full slate of elections coming up in the next two years.”