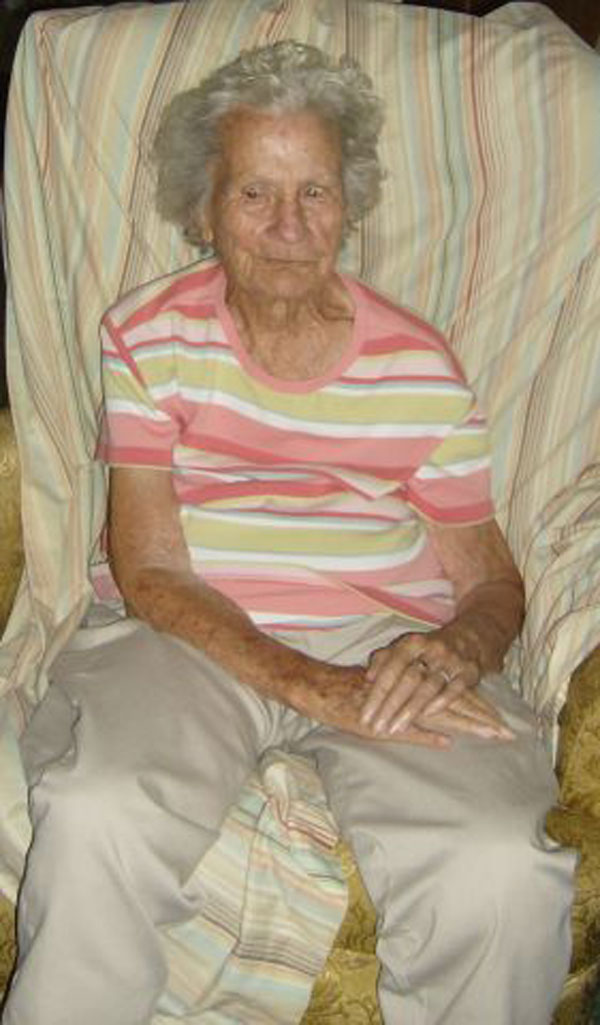 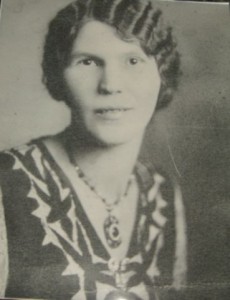 On May 10, 1911, Walter S. and Clementine Griffin of the Climax Community became the proud parents of a little girl.

They named her Argatha “Gatha” Griffin. She was the fourth of four siblings—two boys and two girls.

Sitting in the living room of her home near Climax where she lives with her daughter, Juanita, “Mrs. Gatha” as she is fondly known around Climax, reminisced about the years and what was important in her 100 years.

In 1932 at the age of 21, she married Charlie “Junior” Kelley Jr. These two eloped, telling no one they planned to marry. The happy couple had eight children. Two passed away leaving six to be raised.

In 1974, Mr. Junior as he was known, also passed away, leaving Mrs. Gatha to continue on with her children. Today she has 11 grandchildren, 17 great-grandchildren and six great-great grandchildren.

“I had to get a switch a few times,” Mrs. Gatha said talking about raising her children.

Through the years not only was she a mother, homemaker and helper to her husband on the farm, Mrs. Gatha worked at the Campbell Soup Tomato farm near Climax, packing and shipping tomato plants. She also worked in Cairo at the okra plant. She enjoyed growing flowers in her yard and in pots.

She reminisced about what was called stringing tobacco. My mother, a good friend of Mrs. Gatha, worked along with her as they gathered tobacco on the farm. She remembered the many time she and mother went fishing as their children played at their knees.

In May, near her birthday, Mrs. Gatha was honored with a large birthday party at her church, Bethel Baptist. During the celebration, church services and a sing were dedicated to her with granddaughters, Marsha Ann Portivent and Daisy Kennedy, singing several of her favorite songs.

Gifts and a huge birthday cake for Mrs. Gatha and other delicious food was enjoyed by family and friends.

The grandchildren said it was a joy to have their grandmother still with them—a blessing to have her share in their lives.

Cindy Willingham said, “She is the best Granny in the world, and without a doubt one of the strongest women ever. She lost her husband and children, yet continued on. We always knew she loved us, and I have never known of anyone needing her when she wasn’t right there.”

Today Mrs. Gatha is in relatively good health, and continues to enjoy her church, her family and a good dip of Navy snuff!

She attributes her long life to “hard work, faith in her God, trying to live right and a little snuff along the way!”

She tells the younger generation to continue to live a Godly life, honor their parents and set goals for their lives; but most of all, to love and care for one another.

Happy Birthday, Mrs. Gatha. The Climax Community is made better because you graced us with your wisdom and love.