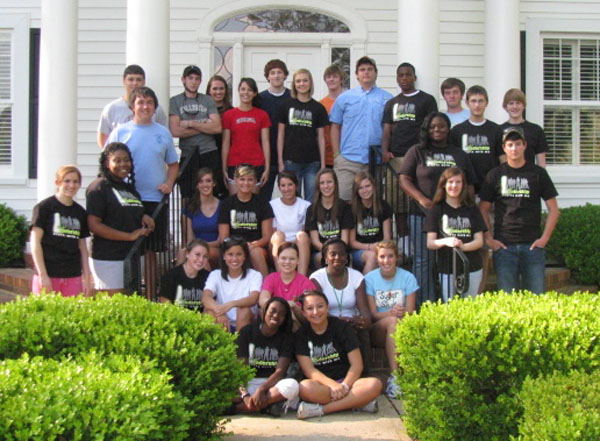 THE GRADUATES OF THE 2011 YOUTH LEADERSHIP CLASS gather in front of the Chamber of Commerce building, which is where they held their final retreat.

The Chamber of Commerce held a graduation dinner on March 21 for the 32 participants of the Youth Leadership Class of 2011.

Arriving at the chamber hours before their parents, the class participated in a final retreat at the Boat Basin Park to sum up the past three months of commitment to the Leadership Program.

Beginning at 5:30 on Monday afternoon, the participants were divided into two teams, purple and orange, and engaged in team-building activities much like the ones they played at the beginning of the program at the kick-off retreat.

Among these activities were games of capture the flag in which the purple team was victorious. They also took part in a picture scavenger hunt where the students received points for pictures of items beginning with each letter of the alphabet (leaf for L, for example.) After completing the scavenger hunt, the students played an intense game of partner tag, which has been dubbed “Run Sam, Run” by the members of the Steering Committee. And to conclude the activities, the members of the Leadership Class attempted a game of Human Checkers.

At 7 p.m., a tasty hot dog and hamburger meal was served and was followed by the Decatur County Superintendent of Schools Fred Rayfield speaking to the class of graduates about what it truly takes to be a leader. Certificates and awards were given to each member of the class. A slide show recapping the first retreat as well as the classes and activities in which the Leadership Class participated, was shown, much to the enjoyment of the graduates.

A minimum of five service hours is required of each member of the Leadership Class. These hours must be served at either the Friendship House, the Humane Society or by participating in a Keep America Beautiful project. At the banquet dinner, the member who served the most service hours was recognized, and deservingly so. Joedaycya Sanders served an outstanding 17 hours and the class total was 165 hours and 30 minutes.

Designed to develop leadership skills, offer interaction opportunities in our county, and increase awareness of community issues, needs and resources, I believe that every graduate of the 2011 Youth Leadership Program can undoubtedly say that the knowledge and skills acquired over the past 12 weeks have been well worth their time and effort.

A special thanks to Charlotte Howard and Diane Strickland for your dedication and patience and for being the very incredible people that you are. You are both inspirational women and I have greatly enjoyed working along with you these past few months.

Also, thank you to the instructors who taught classes for the Leadership Program: Greg McDonald, Marlene Free, June Johnson, Ronnie Burke, Chad Bennett, Charlotte Howard, Suzi Bonifay, Glennie Bench, Jim Gisondi and the Decatur County Sheriff’s Office staff. And Dr. Rayfield, thank you for your words of wisdom you presented during the ceremony.

I speak on behalf of the 2011 Steering Committee: Kyle Harris, Christina Greene, Sarah Franklin, Tad Young, Josh Smith, Abbey Smith, Sarah Margaret Bush, Michael Jones, Anne Reynolds, Gabby Howard, Adam Anderson, Sam Slaughter, Taylor McDonald, Stephen Dunn and myself, in saying congratulations to the graduates and we hope you all have had as much fun as we have!

It has been an incredible honor and privilege to have worked with all of you! Good job and luck! 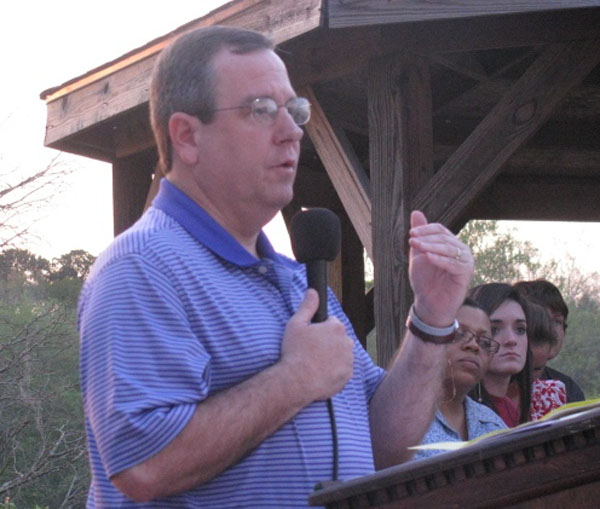 West Bainbridge Elementary School students Abigail Gardner (on the left) and Sedrianna Reels (in the middle) competed in the regional... read more