The racing world lost a true pioneer and character with the passing of Suitcase Jake Elder at the age of 73 this week. Never an on-track competitor, Elder was crew chief to some of the biggest names in NASCAR history and a mechanic extraordinaire.

He is known to older racing fans as the crew chief for David Pearson in the late 1960s and for Darrell Waltrip in the mid-1970s. To younger fans, Elder could be better remembered as portrayed in the movie “3: The Dale Earnhardt Story.” In 1979, Dale Earnhardt’s first season in what was then Winston Cup, Elder was his crew chief.

Upon seeing Earnhardt race and determining that he was a pretty good driver, Elder mumbled the famous “Stick with me, kid, and we’ll both be wearing diamonds bigger than horse turds.”

With only a third-grade education and unable to read or write, Elder helped—like so many others of his era—mold NASCAR into what it has become today. In the day when racers and crew members competed for survival and to put food on the table, Elder took no quarter and gave less to those questioning his decisions concerning the racecar.

It has been said that Elder could determine tire pressures and spring ratios on his cars by simply touching a knee to the tire.

Elder earned his “Suitcase” nickname because he was quick to look for better situations if the one he currently had didn’t please him. In addition to Pearson, Waltrip, and Earnhardt, Elder worked with Bobby Allison, Benny Parsons, and began his career with Richard Petty.

Looks like the drivers at Richard Childress Racing are intent on making 2010 a season much better than 2009, which was less than stellar for them. Last week at California, RCR drivers Kevin Harvick, Jeff Burton, and Clint Bowyer finished second, third, and eighth respectively. It’s only a matter of time before one of those guys wins a race, and it could be this weekend.

In the points standings, Harvick, Bowyer, and Burton sit first, second, and fifth, but that is only through two races. Childress is down to three teams this season since sponsor Jack Daniels left the sport. The subpar last few seasons could have been a case of growing for the sake of growing and having a negative effect on performance.

Not to say that RCR will necessarily supplant Hendrick as the dominant group, but I suspect we’ll see those drivers with much better finishes this season.

Well, what do you know, Jimmie Johnson is the all-time leader in wins at this track, with three wins in only eight races. Roush Fenway drivers have also fared well here, with Matt Kenseth, Carl Edwards, and Jeff Burton and Mark Martin, back when they drove for the Cat in the Hat, winning at Las Vegas.

In fact, Martin won the first and Burton won the next two of the first three races ever held at Vegas in 1998-2000. My pick to win this weekend is one of former RFR drivers, Jeff Burton. 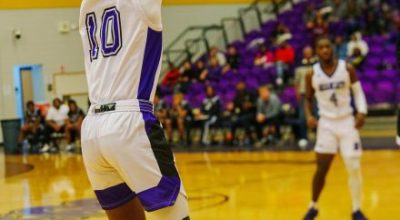 Bearcat Hoops climb rankings as they prepare for Senior Night 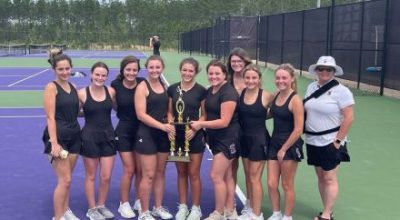